I was speechless for a moment at the words I heard. This was unexpected.

All I wanted was for this old man to keep his promise. I didn’t know that he would suddenly say such things.

-It has to be a trap. I cannot believe this old man.

-I agree with you too. Wonhwi.

Short Sword and Iron Sword had seen the old man all this time. All three of us agreed on this. To be honest, it felt like he was up to something.

“Why aren’t you answering me? Do you want to die as a disposable piece? Shouldn’t you be bowing down if I said I will take you in as a disciple?”

Hae Ack-chun made a frowning expression. Could I believe him?

“This is too sudden…”

I was not the only one thinking this way. Even Song Jwa-baek was clearly thinking the same, considering his puzzled expression.

It was a face that said, ‘Why are you talking about him so suddenly?’.

Hae Ack-chun continued to look at me and smiled.

“It is a waste to dispose of a healthy horse like this.”

“… That is an exaggeration.”

Was he complimenting me? There was a part of me that wanted to believe this.

“There are things called excellent qualities. If you teach them one thing, they understand more independently.”

“Throw that humility away.”

“I only showed it to you four times, and you were able to learn the other things on your own?”

You taught me just four times while knowing no one could salvage it? If I couldn’t hear the voices of the swords, I would be dead by now.

Now, this, I expected. Finding loopholes in techniques was a highly appreciated skill.

Though this wasn’t something I discovered myself, but something the South Heavenly Swordsman’s sword told me.

And if I could analyze the old man, I could grow up to the South Heavenly Swordsman’s level.

-The result is beyond our intention.

Short word said it. I was being considered as if I had great talent. And this hurt my conscience.

-That is also your talent, Wonhwi.

-Who in the world can listen to us? To swords?

His words made me feel better. Maybe it was a talent to compensate for this unhappy life of mine. Of course, it seemed like everything was still impossible to see even now.

-But it is Wonhwi. Didn’t that old man come out as crazy? But he still has a high position in the Blood Cult, right?

He was one of the Four Venerable Dignitaries, the absolute power in the Blood Cult.

-Then, if you become his disciple, we can reach the goal faster even if it calls for handling this man a little.

-You can use the old man.

But the problem was elsewhere.

Even if it was my talent to figure out the loopholes in the sword techniques, there was a downside to covering it up.

And without that talent, I’m not sure if this man would really want me as his disciple, and there was a chance of me being disposed of after being used once or twice.

-Then, let’s think about it.

“But Elder. Your martial arts, the…”

“Yes. Didn’t you say that only people with special bodies who have high blood circulation like those twins are the only ones who can learn it?”

Unlike the twins, I was an average person. He did say he would take me, but it was unreasonable for me to learn the same thing.

“Kulkuk, I will not teach you that.”

“You need to be grateful to me.”

“What is that suppo…”

“The sword technique you learned is that of the South Heavenly Swordsman, who was once called the ruler of Yunnan.”

I didn’t think he would speak of this due to his pride. Did he get some kind of enlightenment from my back talk? I just pretended to be shocked.

“I-Is that true? That skeleton was the South Heavenly Swordsman?”

“Right. The remains of the missing man.”

“Kulkul, how can someone who just began to learn martial arts know that?”

I sighed and tried to look like I was deeply moved by being allowed to learn this technique.

-Wow… you, I have been thinking for a while, but man, you excel in acting.

I lived 8 years with this acting. If I could not act this well, I couldn’t have survived as a spy. Hae Ack-chun, who watched my reaction, smiled.

“I was the rival of the South Heavenly Swordsman.”

Don’t get riled up.

When you shout like that, it is my head that hurts.

“You must have seen him. He suffered a mysterious death. Unfortunately, he had no family, so I was the first person to find his remains.”

I did hear that from Iron Sword. It was said that he had no close people around him, so no one searched for him.

Such a cunning man this opponent was.

The only one who found him was Hae Ack-chun, who had been anxious to defeat him.

“Which is why I know that man much better than anyone.”

“It means I can teach you the perfect sword technique. Kulkul.”

Sorry, but I was already learning a better technique. There was nothing I could learn from you.

“And don’t you want to revive your broken dantian?”

It was the second time this had been used.

I learned I could use the innate internal qi thanks to the perfect cultivation, but Hae Ack-chun didn’t know this.

From his point of view, I must be consuming my qi without replenishing it, but I still couldn’t understand why he wanted me as a disciple.

But asking that would be wrong…

‘He must be being honest!’

It seemed like he really wanted to take me as his disciple. I no longer needed the dantian, but I felt happy knowing that the old man genuinely wanted me.

Still, he was such a crazy man that I must be suspicious of him.

But if he was being serious…

I fell to my knees in a hurry and bowed.

“Disciple So Wonhwi, bow to my mentor!”

I never did get a chance to be anyone’s disciple, especially a higher member of the cult.

From my point of view, as someone who had no ties to the Blood Cult, I could have a greater advantage if I had this man on my side.

I understood his feelings. Becoming the disciple of his former master’s rival wasn’t a good thing.

‘Hold on for a while cause one day, this will turn.’

I had no intention of taking him as my mentor. He was just a stepping stone.

-I know. I will do my best too. So that you can get strong quickly.

He agreed. I was still bowing when I heard the laughter.

Hae Ack-chun was laughing loudly. And the laughter was a bit too loud, considering he just got one new disciple under him.

I glanced at him; he was laughing while looking at the sky. 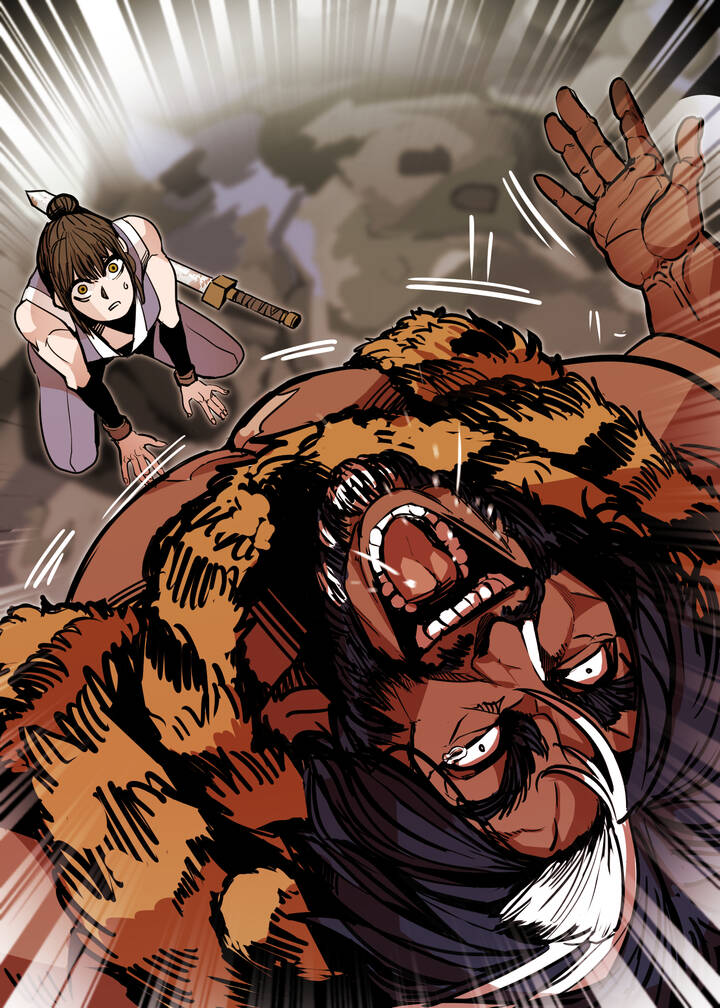 “Kuahahah! You are amazing. Someone not much different from my rival. Hahaha. You are now my disciple. It is a victory for me!”

This was his real intention. He was such an annoying man.

-This is a true mental victory.

-Wonhwi… I take back what I said. I am not going to help you if you go under him.

He was changing good things for me. I was sweating, trying to appease him. After a while, he stopped and said.

I lifted my head up and got up.

“Kulkul, as long as you become my disciple, you must be prepared to become strong enough to not bring shame onto me.”

“I will keep that in mind. Teacher.”

It was already terrifying. I had been watching him for 6 months, so how could I not know him?

And then came a weak voice.

It was Song Jwa-baek, the older of the twins.

As the aftereffects had subsided, the boy was looking better than before. He seemed sad as he saw how I had been taken in as a disciple.

I frowned while looking at him.

“Huh. I am not a fan of this, but I will accept both of you as disciples.”

“But you have a lot of courage.”

Hae Ack-chun looked at Song Jwa-baek, and although he criticized him for being over-excited, he seemed to appreciate the desire to win to the point of self-sacrifice.

“Will you continue to stand still?”

When I smiled and nodded, Song Jwa-baek bowed.

Song Woo-hyun followed him to his knees and shouted.

“No. You should say your name!”

He was suffering for his brother.

Although there were mistakes, the twins pledged their loyalty to their new teacher.

Hae Ack-chun looked at them with a satisfied expression. Regardless of the match’s outcome, I knew this old man would take the twins as his disciple.

It was natural for him to bring in the two who meet the special conditions of a body that was required to learn his martial arts.

Song Jwa-baek was full of smiles. And to him, I said.

And the smiling face distorted.

Well, I indeed became a disciple before him. We should be following the hierarchy, right?